What's been happening in the East Lothian property market?

ESPC takes a closer look at how the property market in the popular region of East Lothian has fared during April-June 2022, with a detailed look at some of the most popular East Lothian areas for house-hunters.

Looking for your next home in East Lothian? Read on for more information on the current status of the housing market there. 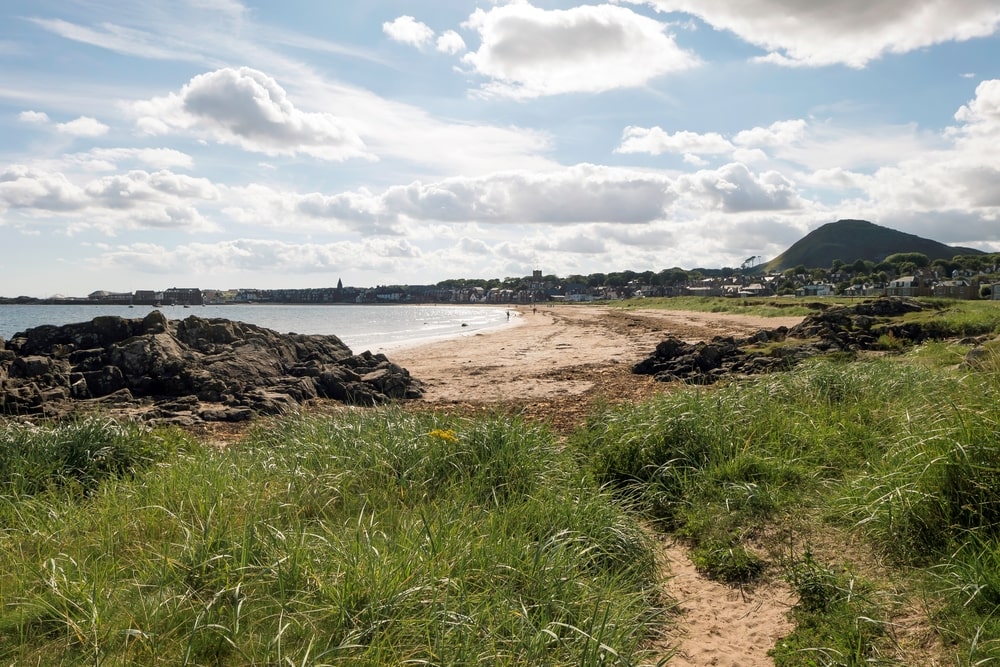 Market activity remained strong during April-June 2022, despite fewer buyers coming to the market as shown in sales volumes decreasing 10.8% compared to April-June 2021, where the market was starting to recover after the second national lockdown.

North Berwick and Musselburgh saw a decline in sales volumes, at 28.6% and 13.4% respectively. These areas have been particularly popular with buyers over the past two years, and these figures indicate that demand here is starting to level off. However, part of the reduction in sales volumes in these areas could be down to the availability of stock.

Market activity in Dunbar has increased significantly in recent months as low supply and high demand saw property prices soar in the town in 2020/21. In June-April 2022, sales volumes increased by 145.5% year-on-year but this is to be expected as the number of properties on the market was fairly low.

Modest increase in number of properties coming to the market

In the past two years, the East Lothian housing market has seen demand outstrip supply but in the first two quarters of 2022 we have seen signs this is beginning to change. New properties listed for sale rose 6.8% in April-June 2022, compared to 10.8% in January-March 2022.

Echoing the trend we saw in the first quarter of the year, the largest volume of properties listed for sale were in Musselburgh – though volumes declined 13.4% year-on-year, suggesting a levelling off in demand. This was followed by Haddington and Prestonpans.

Selling times have been slower, and buyers are bidding more for homes, showing signs that the market is gradually returning to the levels we saw in early 2020.

Property selling times have continually decreased across East Lothian in the past two years, but this is potentially starting to cool off as the median selling time for April-June 2022 was 13 days, one day slower than the same period in 2021.

Out of the various property types in the region, two-bedroom flats in Musselburgh were the fastest to go under offer across East Lothian, selling in a median time of 10 days, one day slower than the same time last year. Two-bedroom flats in Prestonpans also sold in 10 days – two days slower year-on-year.

Looking at the overall picture, properties sold the fastest in Tranent and Prestonpans, with a median time of 12 days, though in Prestonpans this was two days slower than the second quarter of 2021.

The biggest change in selling time was recorded in Dunbar with properties taking a median time of 13 days to go under offer, six days slower than the same time last year.

A total of 43% of East Lothian sellers opted to set a closing date during April-March, a very slight increase of 0.4 percentage points since the same period last year. In North Berwick, this rose to 60% of homes for sale (up 2.9% on 2021) and in Prestonpans 58% of homes went to a closing date – an increase of 9.1% annually.

Following the trend seen in the first quarter of this year, East Lothian continued to be an extremely popular location for buyers, with many paying over Home Report valuation, with West Fife and Kinross not far behind.

The most desirable homes for buyers were in North Berwick with house hunters paying 111.9% of the valuation on average – a 4.6% increase annually. This was followed by Dunbar at 111.6% – a 2% rise year-on year.

What does it all mean?

Paul Hilton, CEO of ESPC, explains: “The second quarter of 2022 shows some signs of the East Lothian housing market beginning to level off, with demand for properties looking a lot more manageable after a busy 18 months.

“We’ve seen demand outstrip supply in this region over the past two years but there is some indication that this is beginning to change making the market easier to navigate for both buyers and sellers.

“After two years of very high demand, the market in North Berwick and Musselburgh is starting to calm down, while Dunbar – which offers great options for first-time buyers and young families – continues to be a hotspot for buyers.

“If you are thinking of buying or selling a home in Edinburgh, the Lothians, Fife or the Borders, get in touch with your local ESPC agent today.”

For more from ESPC, or to view properties currently on the market, visit espc.com.

ESPC is the home of property and we're here to help you with every step of your home buying and selling journey. If you're thinking of buying or selling a property soon, you can make use of our free phone service to be put in touch with a property expert to help answer your questions.

Want to find out how much your home is worth? Arrange a free property valuation with an ESPC agent today.