What was the Scottish rental market like in Q3 2022?

The latest report from Citylets presents a turbulent picture of the Scottish rental market for the third quarter of 2022, with stock levels at historic lows after having recovered mildly in the previous quarter.

It is hard to predict the long-term impact of this on Scotland’s private rental sector but with house prices having risen further in Q3 and interest rates rising at their fastest pace since the financial crisis of 2007/8, it is likely that further demand will be put on the private rental sector with would-be buyers deterred both by steeper mortgage repayments,

Average Scottish rents rose 8.3% year-on-year to £981 during this quarter, while the average time to let was 19 days – eight days faster than the same time last year.

One-bedroom flats, with an average rent of £680, were the quickest to let across Scotland, with an average time to let of 16 days (nine days faster year-on-year), and 40% of these properties being let within one week. However, demand was also high for two-bedroom flats which experienced the biggest year-on-year rental increase, with average rents for this property type rising 9.6% to £915.

If we compare Scotland’s largest cities, the private rental sector in both Edinburgh and Glasgow saw significant growth during the third quarter of 2022. Edinburgh’s average rental rate rose 14.7% to a new all-time high of £1,327 per month. Property in the Capital continued to be difficult to secure with the average time to let remaining at just 15 days. Glasgow’s rental rate averaged at over £1000 per month for the first time, a new all-time high of £1,045, up 12.6% year-on-year.

According to the Citylets report, Edinburgh’s rental rates grew by 14.7% year-on-year during the third quarter of 2022, taking the average rent to a new all-time high of £1,327 per month. Incredible demand saw rental rates pushed up across the city, intensified by a severe lack of available properties.

In fact, all property types (from one- to four-beds) saw growth of over 67% across the past decade, demonstrating how strong an investment the Edinburgh rental market can be for those willing to pursue a longer-term venture.

Time to let in Edinburgh

The average time to let for Edinburgh property remained at 15 days during the third quarter of 2022.

One-bedroom properties in Edinburgh let the fastest, in 11 days on average (13 days faster than the same time last year). A total of 48% of one-beds let within a week of being advertised, and 92% were let within one month.

Combining Citylets and ESPC data, we can reveal that one-bed flats in EH3 and EH12 produced the best rental yield in the Edinburgh marketplace, at 6.2% on average. One-bedroom properties in EH8 also performed well, with a rental yield of 6%.

Nicky Lloyd, Head of ESPC Lettings, said: “The third quarter of any year is often the most intense for demand relative to supply sending available stocks to their seasonal low, but this year the Cost of Living (Tenant Protection) (Scotland) Bill 2022 has led to an unpredictable lettings market.

“We await detailed guidance on how the announced freeze on rent increases and ban on evictions will work in practice but the Q3 data shows the effects of the cost-of-living crisis and rise in interest rates already with average stock levels at historic lows. The low levels of stock can also be connected to tenants staying in properties for longer, meaning there are much fewer properties returning to the market.

“One-bedroom properties in the family-friendly area of EH8, including neighbourhoods like Willowbrae and Holyrood, offer great investment opportunities for landlords. EH3 (which covers New Town, Stockbridge and Tollcross) and EH12, covering Murrayfield and Corstorphine, are popular with those who want good transport links to the Capital.

“If you need advice on the Scottish Government’s new legislation, reach out to ESPC Lettings and we will be happy to help.”

Get in touch with Nicky to discuss the Edinburgh rental market.

Search houses and flats for sale in Edinburgh.

According to Citylets data, the average rent for property in Glasgow rose to a record high, now averaging over £1000 for the first time ever. Rental rates had an annual growth of 12.6%, taking the new average rent to £1,045.

All property types saw a solid growth in their rental rates over the past year, of at least 8%. Three-bedroom properties had the second highest increase in average rents, coming in 14.3% higher year-on-year at £1,537.

Time to let in Glasgow

One-bedroom properties let the fastest, in just 10 days (six days faster annually), showing just how competitive the private rental market is in the city. A total of 54% of one-beds let within a week, and 93% were let within a month of coming onto the market.

Search houses and flats for sale in Glasgow.

West Lothian has become increasingly popular in recent months thanks to buyers seeking larger, more affordable homes within easy reach of the Capital.

Rental rates across the region rose 7.9%, taking the new average rent to £851 a month.

Three-bedroom properties were the most popular, with rents rising 14.2% year-on-year to an average of £983.

Time to let in West Lothian

The average time to let in West Lothian reduced by two days year-on-year, meaning properties were let within 13 days on average.

West Lothian’s three-bedroom properties let the fastest, with an average time to let of just 10 days.

Search houses and flats for sale in West Lothian. 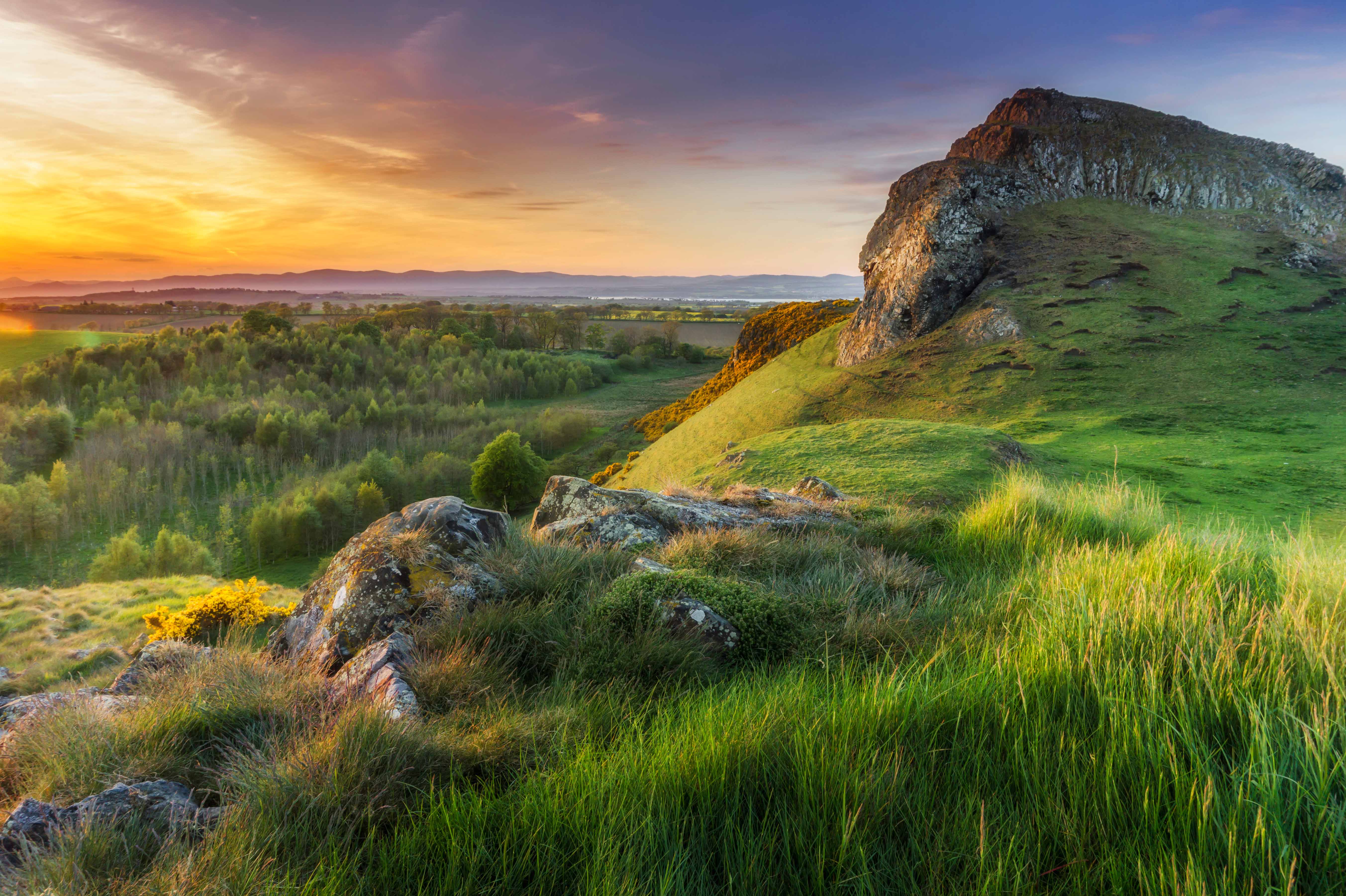 Search houses and flats to rent in Edinburgh.

If you’re interested in entering the buy-to-let market or are a landlord looking for advice, ESPC Lettings can help. As a letting agent based in Edinburgh, we can assist with all stages of renting out a home, from finding the right property to sourcing tenants to property maintenance.