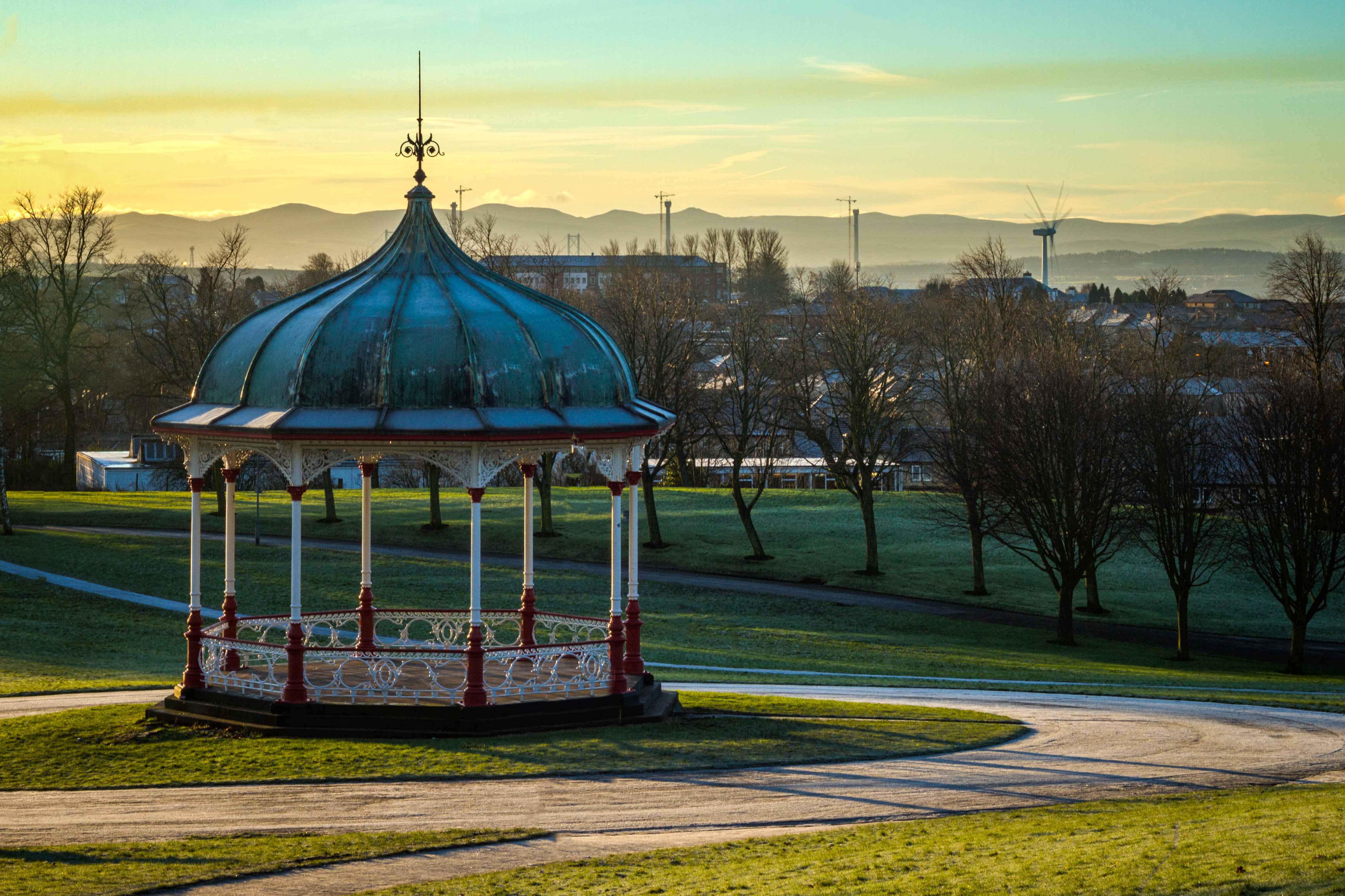 It was an interesting quarter for the property market across Edinburgh, the Lothians, Fife and the Borders, with clear patterns developing across some of ESPC’s key market areas.

Across all regions, the average selling price rose 6.5% to £273,437 year-on-year, as demand across the property market continued to thrive.

The highest price increases were seen in West Lothian, where market activity has ramped up in recent months thanks to buyers seeking larger, more affordable homes within easy reach of the Capital. In this area, property selling prices rose 37.9% to £276,596. East Fife, which has been consistently popular over the past two years, continued to report significant price increases, with an average selling price of £312,665 – 26.1% higher year-on-year.

Following on from a consistent pattern of high demand throughout the past year, three-bedroom houses continued to be incredibly popular with Edinburgh buyers seeking extra space. In Cramond, Barnton and Cammo, three-bedroom houses sold for £481,927, a 36% annual rise, while in Blackhall, Davidsons Mains and Silverknowes, the average selling price for a three-bed house was £496,801 – an increase of 25.2%. In South Queensferry and Dalmeny, this type of property achieved £302,766 on average, 27.5% higher year-on-year.

One of 2021’s property hotspots, Dunfermline, showed some signs of cooling during February-April 2022, as the average selling price for its property reduced by 10.2%, to £175,776. After a particularly busy year for the Dunfermline market, the town remains a strong option for both first-time buyers and property investors. This is supported by the data that shows that Dunfermline’s two-bedroom flats were the most affordable property type across Edinburgh, the Lothians, Fife and the Borders during February-April 2022, with an average selling price of £96,395.

In a clear sign that the market is continuing to return to pre-pandemic levels of activity, the period of February-April 2022 presented a picture of the market cooling off. Compared to February-April 2021, where the second national lockdown heavily impacted market activity, we can see that the volume of both sales and new properties coming to the market has begun to reach more ‘normal’ levels. During this quarter, sales volumes across Edinburgh, the Lothians, Fife and the Borders reduced by 21.2%, while new property listings dipped 6.5%.

Two-bedroom flats in Newington sold in the highest volumes during this period, with levels up 14.8% annually and an average selling price of £276,212. Leith, whose two-bedroom and one-bedroom flats have dominated the sales market for much of 2021 and into 2022, saw significant volume drops in comparison, of 50% and 44.2% respectively, hinting that the market in this area is levelling after two intense years of activity.

Sellers in Dunfermline were the most active, with the highest volume of properties listed for sale in this area during this period – however, insertion volumes were down 12.2% on the levels seen last year. Leith also saw a decline here, with insertions 16.5% lower year-on-year.

Offers over Home Report valuations continued to rise in many areas

Buyers also continued to pay significantly over Home Report value, with properties attaining 106.6% of their valuations on average – 4.1 percentage points more than February-April 2021. This was perhaps compounded by the number of homes going to a closing date, which jumped 9% to 35.8%.

Homes in East Lothian attained the most over Home Report valuation, as buyers here paid on average 108.3%, a rise of 4.5 percentage points.

Given the high demand for homes in these areas, it’s unsurprising to see that buyers bidding for property in Edinburgh’s South West and North West paid 107.6% of Home Report valuation on average, an annual rise of 3.9 percentage points and 5.8 percentage points respectively.

Properties sold quickly across the board, but fastest in key commuter locations

Despite fewer sales and a reduction in the properties coming to market, buyers and sellers were still very active and competition remained strong during February-April 2022. The median time for properties to go under offer reduced by 10 days year-on-year, to just 16 days.

Homes sold the fastest in commuter-friendly areas outside of Edinburgh, demonstrating a continuing desire from buyers for these locations. Properties in West Lothian sold the fastest overall, in a median time of 12 days, nine days faster year-on-year. Meanwhile, properties in West Fife and Midlothian also performed strongly, with a median selling time of only 13 days.

Corresponding with the other factors demonstrating demand for homes in these areas, in Edinburgh the fastest-selling homes could be found in the South West and North West of the city, going under offer in a median time of 13 days. However, if we examine specific property types, it was South Queensferry’s three-bedroom houses which were snapped up fastest, going under offer in only seven days – a 12-day annual reduction.

The biggest change for property selling times in Edinburgh was for two-bedroom flats in the fashionable pockets of Bellevue, Hillside and Broughton, which sold 44 days faster than they did during February-April 2021, in 19 days.

Paul Hilton, CEO of ESPC, said: “Following on from a strong start to 2022, the three months of February-April present a similar picture in terms of activity levels, the speed with which the market is moving and the areas attracting the highest demand from property buyers. We are continuing to see signs of the housing market in Edinburgh, the Lothians, Fife and the Borders balancing out after a frenetic two years, which is no bad thing – the housing market has been under extraordinary pressure since Summer 2020 and this adjustment to more ‘normal’ activity levels is something we have been expecting to see for some time.

“Commuter-friendly areas, such as parts of West Lothian, Midlothian and West Fife, continue to be incredibly popular with buyers, as well as particular suburbs of Edinburgh – we’re certainly seeing what looks to be demand from buyers who want their properties to accommodate hybrid working, with extra space in the home plus easy access back into the city. The significant demand for three-bedroom houses in certain areas of Edinburgh is also indicative of this, and it will be interesting to see how this develops in the months to come.

“If you are thinking of buying or selling a home in Edinburgh, the Lothians, Fife or the Borders, get in touch with your local ESPC agent today.”

FIND OUT HOW MUCH YOUR HOME IS WORTH

See data for previous months and years in our historical house price spreadsheet.

ESPC is the home of property and we're here to help you with every step of your home buying and selling journey. If you're thinking of buying or selling a property soon, you can make use of our free phone service to be put in touch with a property expert to help answer your questions. Sellers can also get a free property valuation with ESPC agents.

SEARch all properties for sale

ESPC's House Price Report for March 2022 examines the latest housing market data from across Edinburgh, the Lothians, Fife and the Borders.

The best places to live near Edinburgh

Want to live in a commuter town close to Edinburgh, but not sure where's best? We share the best places to live near Edinburgh.

How will the cost of living crisis affect the property market?

Worried about rising costs? You’re not alone. We speak to a panel of experts to find out how the current financial climate might affect the housing market in 2022.

What is it like to live in West Lothian?

ESPC takes a closer look at why West Lothian is somewhere you should consider for your next home.