Murrayfield at a glance*

* Figures are based on properties marketed and sold through ESPC. Home Report valuations relate to properties where the Home Report was available on espc.com. Figures relate to the 3 month period ending on 31/08/2022 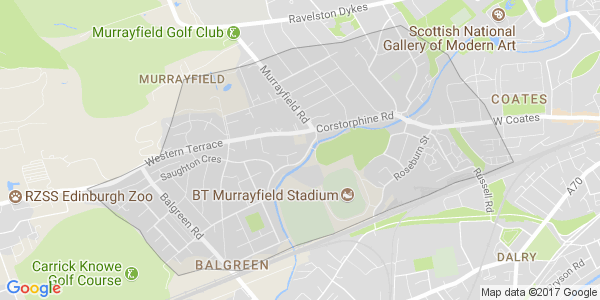 Murrayfield is a prestigious and most desirable residential district of Edinburgh approximately one and a half miles west of the City Centre. The area is highly regarded for its leafy ambience and, of course its proximity to the home of Scottish rugby - Murrayfield Stadium. Property in Murrayfield ranges from traditional Victorian villas and flats to modern family developments.

Excellent local amenities at nearby Roseburn cater for day-to-day needs with more comprehensive shopping facilities available at the Gyle Shopping Centre or Craigleith Retail Park. There is a choice of highly regarded schools available in the area from nursery to senior level. Leisure pursuits are well catered for with a number of well-known golf courses, Edinburgh Zoo, Murrayfield Ice Rink and numerous museums and art galleries.

Other areas close by popular with house buyers include the Orchard Brae, Haymarket, and Stockbridge. 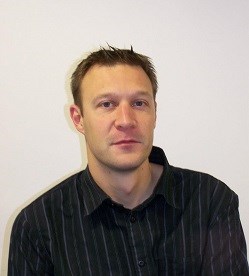 Michael Knowles, Propertypress Team Leader at ESPC, has recently moved to the Murrayfield area (after finding his ideal new home through ESPC!) and tells us a little about it has to offer residents.

The Roseburn Bar – it’s got a great original interior (and exterior for that matter) and great atmosphere. It does tend to be rather on the busy side if there’s a match at Murrayfield Stadium!

Favourite place for eating and why:

The Vigo Deli – they do nice sandwiches and have friendly, chatty staff. Perfect fuel for a walk along the river.

An interesting fact about the area:

Murrayfield used to have its own railway station, which opened in 1879, but closed in 1962. The ornate bridge crossing over the road to Haymarket shows where the railway ran – the station itself was just to the north of this and now forms part of the cycle network that runs all the way to Newhaven along the old lines. The platforms are still visible in the undergrowth.

What I love the most:

It’s still close to town, yet feels quiet and secluded. It’s really easy to walk into town, but equally easy to drive out to the bypass or M8 to the south and west, or to the Forth Bridge and the north.

Murrayfield Stadium – the biggest and best stadium in Scotland. There’s an unbeatable atmosphere inside on match day.

The Water of Leith winds through the area, flowing under the railyway to the west of the stadium, round the park and then out through Roseburn toward Dean. It’s a surprising haven for wildlife – in addition to the expected ducks, I’ve seen dippers, herons and mergansers there as I pass by in the mornings. It’s also a great place to pick brambles and you can stroll alongside it all the way down to The Shore.

How would you describe the style of properties in the area:

There’s a real mix of property styles in the area. There are traditional tenements at the Roseburn side, giving way to some rather large and grand houses as you move west along Corstorphine, which stretch north up the hill toward Ravelston. At the west side of Roseburn Park, which surrounds Murrayfield Stadium, the houses are a mix of bungalows, terraces and villas, dating from the 1920s.

Describe the area in three words:

Is there anyone famous associated with the area: