Topics
4th December 2013
ESPC is pleased to announce it will be renewing its sponsorship of one of Scotland’s brightest prospects for the Winter Olympics in 2014, Anna Vincenti.

The 18 year old is very close to being picked for the Winter Olympics GB Team and ESPC’s continued funding has helped to make sure she is able take part in training and qualifying events in the US to make it into the team. 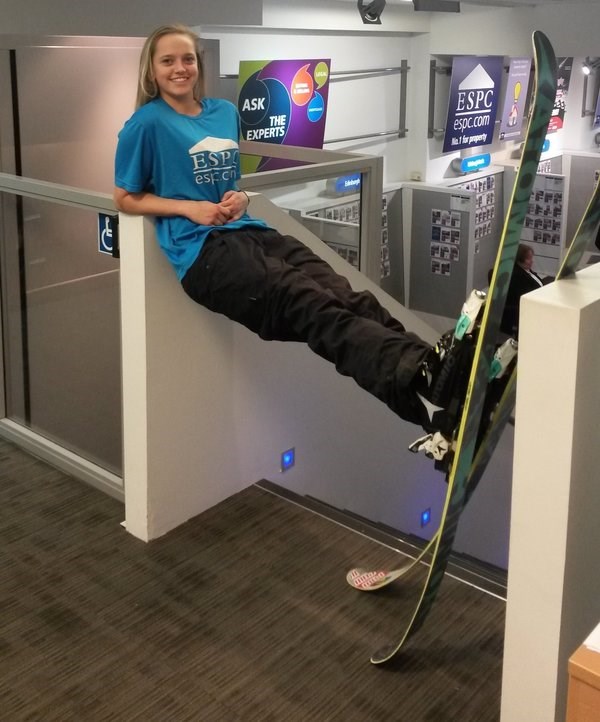 Anna receives no financial support from the British Olympic Association or the British Ski and Snowboarding Association for her training and has had to find her own sponsors to help her achieve her dream of qualifying for Sochi.

ESPC became a sponsor in December 2012 after being contacted by Anna’s mum, Christine, and stepped in to pay for things like travel expenses and ski passes helping Anna’s career development in competitive skiing.

Last year, with ESPC’s support, Anna spent six weeks receiving intensive coaching on the slopes of Colorado and gained valuable competition experience. It was here that Anna’s coaches identified her skills to switch from halfpipe to slopestyle skiing.

Since her trip to Colorado, Anna has experienced a rapid rise in terms of standing in the sport and now needs just one more top 20 finish to make the GB team.

“Anna is extremely close to realising her dreams and ESPC is delighted to be able to help play a part in ensuring she is able to make the most of every opportunity.

After seeing the effect Anna’s trip to Colorado has had on her career, ESPC is more than happy to renew its commitment of support. We are hopeful that our support can help her take that further step forward. Anna has also been a great brand ambassador working on a number of marketing initiatives with ESPC (such as taking part in a charity fashion shoot in our George Street showroom).

We wish Anna all the best and continue to watch her skiing career develop with excitement”. 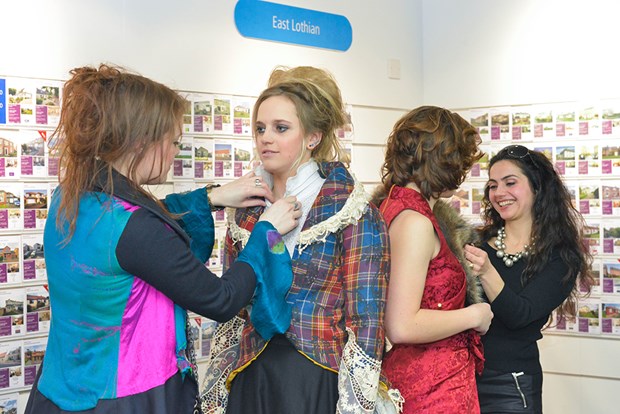 “The last 12-months have been a great challenge and very exciting. My results have been far better than I would have imagined even with a fall ruling me out of my first world event final in New Zealand.

I have targets I need to hit to make it into the GB team and this support from ESPC is great in helping me get where I want to be, on the slopes in Sochi.”

When not on the slopes Anna (a recent graduate of George Watsons school) lives in Edinburgh South with her family, likes inline skating, mountain biking and can be followed on Twitter via @freeskivincenti.

The sponsorship of Anna Vincenti by ESPC is not its first. The company also sponsors two-time Paralympic medallist Libby Clegg who will be representing Scotland in the Glasgow Commonwealth Games.

The pictures below are from a recent photo-shoot in the ESPC Showroom for Edinburgh Now (a weekly supplement in the Daily Record) with Anna, each with their own title.

"Not what I usually jump off" 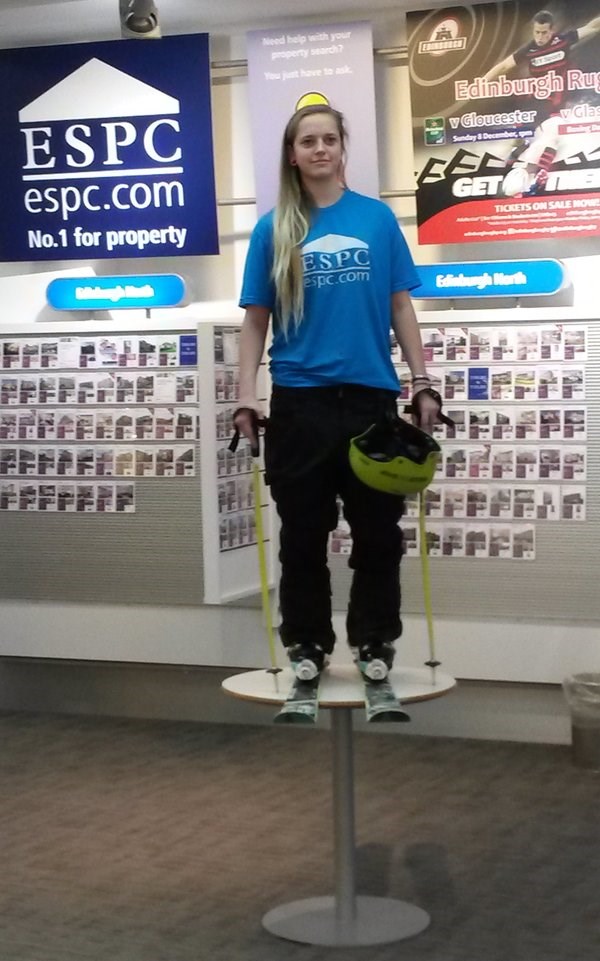 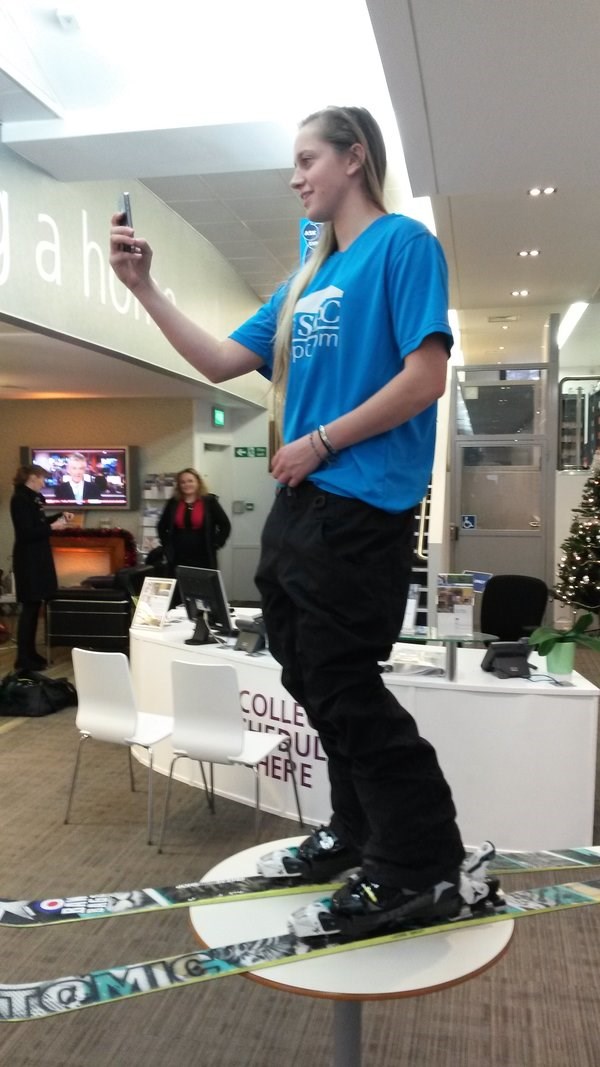