Here's an instant guide to what's been happening in the property market. 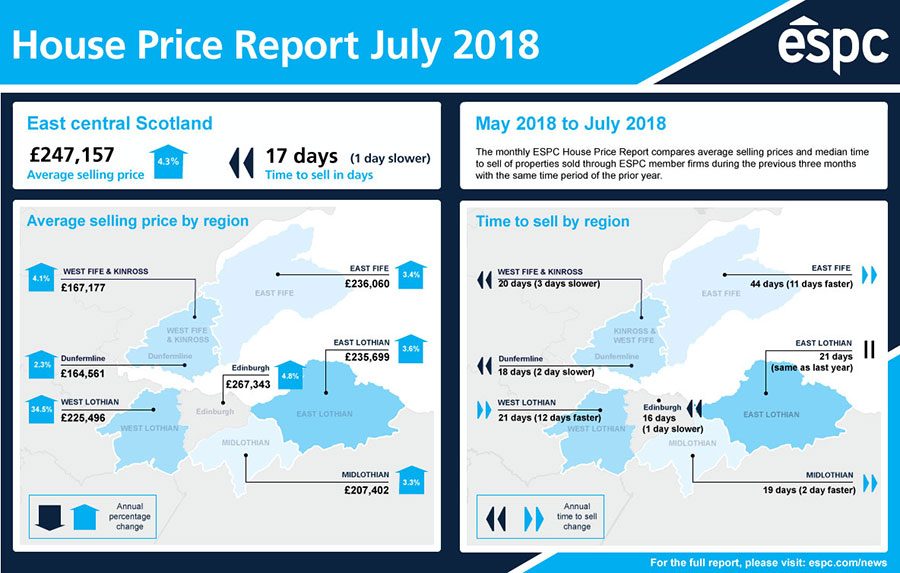 The average selling prices of two-bedroom flats in Newington, Grange and Blackford rose by 12.5% to £300,360. One-bedroom flats in Polwarth, Shandon and Tollcross rose by 11.8% to £199,755, and these flats also boasted the highest average percentage of Home Report valuation achieved at 113%.

The number of properties sold in east central Scotland decreased by 9.9% in this period compared to last year, but that is more of a reflection of a decrease in properties coming to market in previous years rather than a decrease in buyer demand.

“Average selling prices are also continuing to rise steadily across east central Scotland, which is good news for homeowners and sellers. However, it’s preferable when these increases are such that they do not prevent buyers from being able to afford to purchase properties.

“The Bank of England’s decision to increase the interest rate from 0.5% to 0.75%, in line with their policy of increasing the rate in small increments to manage inflation, is unlikely to have a major short-term impact on the property market, and these are still historically low interest rates.”

Got a question? Have a look at our House Price Report FAQs