Topics
19th December 2016
We take a look back at what's been happening in 2016 and some of our achievements at ESPC. 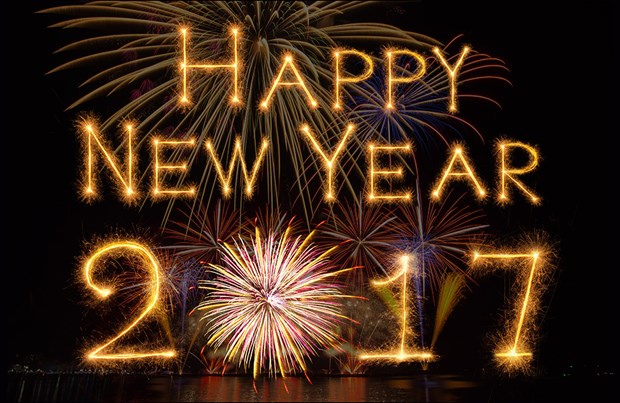 2016 has been a strange year, with shock election and referendum results that took many people by surprise and sent them into a tailspin with worry about the future. On top of this a wave of celebrity deaths. We lost great musicians (Bowie, Prince, Lemmy, Leonard Cohen), British comedic and acting institutions (Alan Rickman, Victoria Wood, Caroline Aherne, Terry Wogan, Andrew Sachs, Ronnie Corbett), along with Anton Yelchin and Muhammad Ali.

We also said a goodbye to Bake-Off on the BBC. However, Andy Murray became the number One tennis player in the world, and there was Ed Balls – his Gangnam Style on Strictly Come Dancing seemed to lift the collective spirits across the country. There were many other moments of hope in the world, so here is our lookback on the weird year that was 2016 – in all its confusing, triumphant glory – along with our achievements at ESPC.

On 11th January David Bowie died in New York, a few days after releasing his album Blackstar, and it was followed by Alan Rickman, marking the beginning of a year where we said goodbye to many notable people.

In February Fifty Shades of Grey won at the 36th Razzie Awards for worst film, actor and actress, but on the other side of the spectrum, Leonardo DiCaprio won his first best actor Oscar for the Revenant.

ESPC celebrated its 45th Birthday in March, having been founded in 1971. We may have changed our premises a few times, but ESPC is one of the longest running businesses on George Street.

The Scottish Government in April introduced changes that would impact the buy-to-let investor as well as anyone with a second home. The Land and Building Transaction Tax (LBTT) supplement is 3% of the total price of the property for all relevant transactions above £40,000 on the purchase of a second home. This is also payable by anyone who buys a new home before selling their existing one.

In May we launched an exciting new feature on espc.com – sold prices, where you can find out the past selling prices for a property on a particular street.

In June we launched Altis, a new e-conveyancing platform which is the first of its kind in Scotland.  This means that all the legal part of when you buy or sell a property can be done online, making it much easier for all parties involved.

The shock decision on 23rd June for the UK to leave the European Union left some people with concerns about how this result would affect the property market in Scotland. In east central Scotland the housing market is particularly resilient and so far our solicitor estate agents have not reported any concerns about buyers dropping out of sales.

In July we named our new charity of the year as the Sick Kids Friends Foundation after a successful year of fundraising for Royal Blind. We organised a number of events in support of the charity, including our quiz and winter ball in November - thanks to our member firms for helping us raise money for such a worthwhile cause.

Also in July filming for the Trainspotting 2 sequel took place in Edinburgh, and it was quite a thrill for those lucky enough to spot Ewan McGregor and Ewan Bremner sprinting across Princes Street, at Cav Nighclub or Muirhouse shopping centre.

August was Olympics time in Rio de Janeiro where Team GB won an amazing 27 gold medals, and in September ESPC-sponsored Paralympian Libby Clegg headed to Rio and raced to victory, winning two gold medals for the T11 100m title and the 200m, with her guide Chris Clarke.

In October, we launch the new branding and logo for GSPC, our counterparts in west central Scotland, and which will be used by GSPC’s network of 130 solicitor estate agents. The Great British Bake-Off will also undergo some rebranding, as it moves to Channel 4. 14.8 million people tuned in to the last ever final on BBC to see Candice win the trophy.

Throughout 2016 we read about one of the strangest presidential elections from across the pond and with two candidates who courted controversy, it culminated in victory to Donald Trump on 8th November.

One visitor from the United States who wasn’t quite so controversial was Leonardo di Caprio who jetted into Edinburgh as a keynote speaker for the Scottish Business awards on 17th November, where ESPC were nominated in the Royal Bank of Scotland Customer Focus Award category.

In December our CEO Paul Hilton took part in the CEO Sleepout Challenge in Charlotte Square, carrying out a very successful fundraising on behalf of Social Bite for their new village and to raise awareness of the issues of homelessness.

2016 has been busy for ESPC, but lookout for what we have planned in 2017 including the  launch of our new App, and plenty of events for landlords and first time buyers.  All that’s left is to wish you a Merry Christmas and a Happy New Year from everyone at ESPC.