MSPs at Holyrood have announced potential plans to replace Stamp Duty on properties sold in Scotland under the Land and Buildings Transaction Tax (Scotland) Bill (LBTT). The Scottish Parliament will be given control over property tax in 2015 which is when the change in the system is set to take place.

The current system, which is administered by the UK Treasury, sees tax paid on the whole value of properties which are sold for more than £125,000.  The plan involves changing the current "slab rate" tax brackets to a “progressive charge” depending on the value of the property.  MSPs have suggested the following two possible scenarios under the new system:

As number one for property in East Central Scotland, accounting for £1.5 billion of sales per annum, dealing with over 10,000 properties a year and commanding nearly 90 per cent of the residential market in Edinburgh alone, ESPC’s Business Analyst, David Marshall, was invited to the Scottish Parliament to participate in a debate surrounding the impact of these potential Stamp Duty changes to the Scottish housing market. 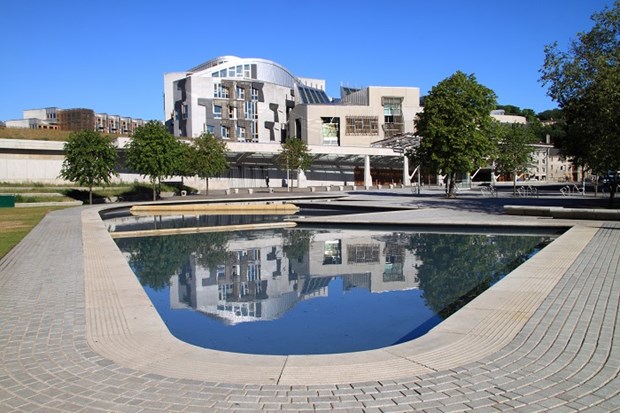 ESPC’s stance on the changes

In our view, whilst we do have some concerns, we believe the LBTT would not be markedly disruptive to activity in the housing market.  There are features within the LBTT that we believe would act to smooth some undue distortions that we see with the current system.”

The ‘slab’ structure acts to create great inequalities in the level of taxation paid, particularly around the tax thresholds, where a difference in selling price of £1 can lead to an extra tax burden in the thousands of pounds.   With the LBTT’s progressive system of taxation, we expect that the value of tax applied will be more reflective of the total value of the home being sold and we would hope to see an end to the inefficiencies in the market arising from the SDLT.

The LBTT may also provide an opportunity to incentivise first time buyers (FTBs) to enter the market, though we would urge caution on this point.  Evidence from the most recent Stamp Duty holiday suggests it did not greatly assist FTBs onto the housing ladder as high deposit requirements usually remain the single biggest obstacle for this group.  That said, any assistance in the form of discounts or exemptions that can be offered to this group is welcomed, as every FTB gaining a foothold on the housing ladder creates knock-on effects higher up.

The Scottish Government needs to carefully consider the proper levels at which to introduce higher rates of tax so as to avoid unnecessary market distortions.  For example, if the tax on a home worth £350,000 incurs substantially more than the tax on a home at £250,000, that disparity could introduce inequalities into the market and make it more difficult for households to move up the housing ladder.  If a blockage emerges at any level of the housing ladder, it has a negative impact on the market as a whole.

To show this we’ve conducted an analysis of the two sample scenarios proposed. To summarise our findings, both scenarios infer that anyone buying a home worth around £400,000 or more is in line for a substantially higher tax burden.

Whilst one of the aims of a progressive system of taxation is to place a greater burden upon those with the affordability, it’s worth noting that high house prices are not always matched by either the cash rich or those who have a high income.  Over the last two years more than 18% of sales of three and four bedroom homes in Edinburgh sold for £400,000 or more.  With buyers of a £400,000 property paying at least £4,500 more in tax under the two sample scenarios, this would place a significant financial burden on families in the Edinburgh area.  This is something the Parliament needs to be mindful of when considering this legislation.

ESPC’s other primary concern is on the timing when the Scottish Government should announce final rates and bands and the uncertainty this could potentially introduce into the market.  Finance Secretary John Swinney had previously indicated that he would announce final rates and bands for the LBTT in September 2014, ahead of the legislation coming into force in April 2015 which he may now be reconsidering.

A clear view as to what rates and bands will be before the LBTT’s implementation is obviously important and ESPC’s view is that this should be released as close to the date of the LBTT’s implementation as possible in order to minimise any disruption to the market. People may realise they can benefit by bringing a transaction forward while others feel they may be better off by delaying a transaction.

Taking into consideration the cautions mentioned above, all-in-all we think these changes will benefit the Scottish property system.  ESPC has the latest market information and property news.